Last week I organized a new V-belt for the ride on mower, left it in the office on Sunday and sent a whatsapp to Samantha with the tongue in cheek message that I expected the nursery to be mown by Wednesday and on arrival we were treated to a sight we haven’t often seen. Mown like a golf course, edges trimmed, shade house raked, really good to see.

Jenny was already fighting with the garden hose, some fittings were missing but got that sorted and off she went to the Arboretum to give the trees some much needed water while Ellie joined her there to attack the grass on the mound behind the bird bath. Cathy, Keith and Rob were off as usual o fight the aliens.

I had prepared to install a shelf in the misting house to give us room for 10 more trays so rolled out the extension lead to do the painful job of drilling holes in the wall to mount brackets made from wood donated by Neil.

The result was so satisfactory that I got an immediate request for a shelf on the other side as well. Top view including the thick plastic cover salvaged by Rob on one of his beach combing missions.

Afterwards there was enough time left to replace a riser and a broken sprinkler in the nursery.

After tea we all got stuck in to assemble the Riebeek bench in the parking area by the flower house. 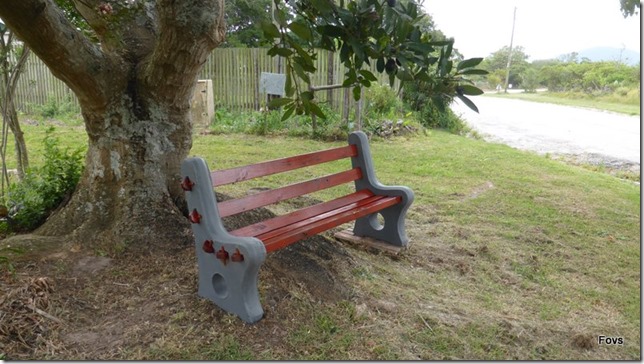 The new flower bed there is coming on nicely, lots of planting done, now for some rain to get it all going.

Then some more planting and plant collecting was done while I carried on with my rebagging and onion weed removal effort. Finally we tried to bring some semblance of order to the Arboretum but this is quite a thankless task as we seem to be the only ones motivated to try and make it into something nice.

Our monthly meeting exploring the back of Ladyslipper to see what had come up after the fire was not very popular, only six people took part. I stayed behind to clear some of the outstanding items off my to-do list, just Wednesdays just isn’t enough as the handyman work just piles up.

The walk turned out to be a little more than was expected, Ellie took them to the top by the towers and there was even a rock scramble involved. 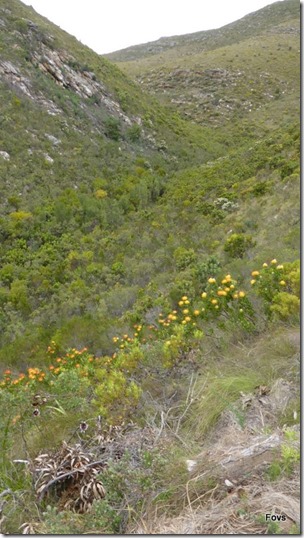 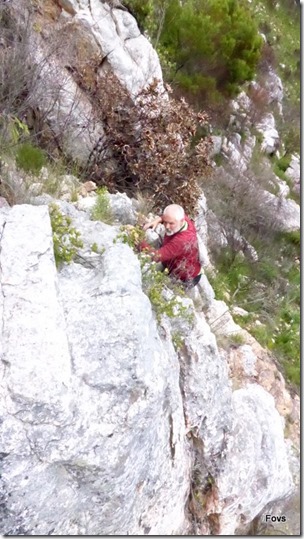 In the meantime I secured the new tap by the water drums to a piece of wood, finished rebagging 75 Gasterias, fixed a few things in the greenhouse and measured up for the shelves in the misting house.

In between I also entertained some visitors who were interested in the nursery.

The party returned from the mountain quite late for coffee, munched some cake and dispersed while Ellie and I had some lunch and went to the bird hide to make a more suitable place for the visitors book. 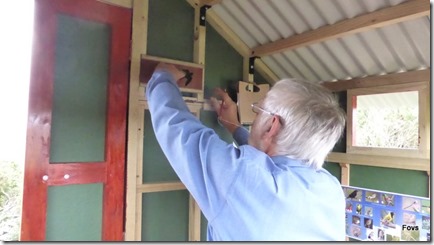