…and the weeds keep on growing

Pleasant surprise when we arrived, the entrance circle was mown. Thank goodness for Pottaman, he really has made a difference since coming back from holiday. He is still catching up with mowing everywhere but he made a priority of the various paths and tracks and the main picnic site looks good again.

Also good to see that quite a large contingent of Wednesday Walkers were present and full of compliments about the Friends and what we are doing.

We can report back that we have traced the owners of the weather station, it turns out to be saweather. We’ve made contact and they are very helpful and provided the rainfall figures for the past five years. Pity that is all that the weather station does, I hoped for temperature and wind but no such luck.

Every time we look at the Aloe koppie we see less of it because the grass grows taller so after the good rains it was a perfect opportunity to do some weeding there. This is a before picture, unfortunately I did not take an after but it does look a whole lot better.. 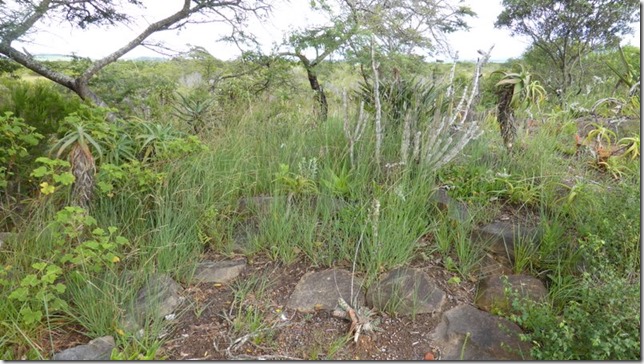 Everything we have planted there is doing well, just that most was hidden by the tall grasses. We also found this tiny plant, Ellie thinks it might be quite rare in the Reserve. It was very humid and Cathy and Rob were rather exhausted coming in at teatime having tramped around in the bush near the lookout pulling out plenty of aliens. They have moved to the February section of the plan, January is not quite finished but there is only so much one can do with limited resources.

After tea we tackled a few bluegums just taking some side branches of the coppiced ones so slowly but surely we are making progress.

Pottaman responded to our plea for potting soil so after lunch is was potting and transplanting time in the nursery. Ellie was rather chuffed when she checked the misting house and found that she has successfully propagated Podocarpus, Leucadendron and, believe it or not, Paranomus!

Lastly, a pretty Aloe by the Dell 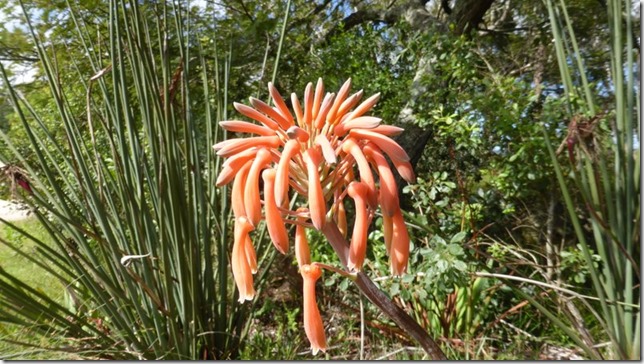